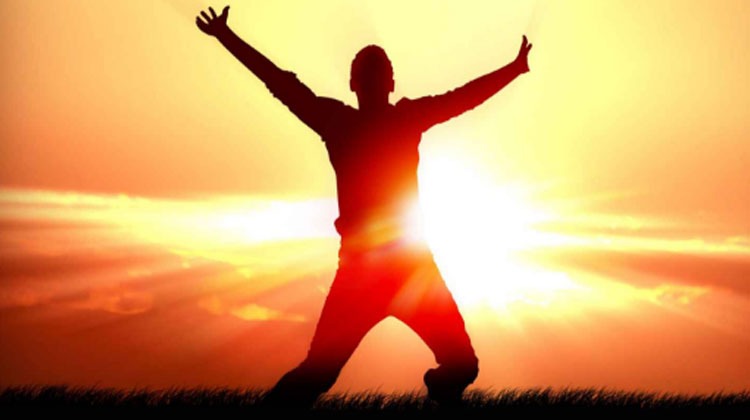 Simply Spirit has reached the #1 position in the spiritual/self-help category on Amazon.ca for one simple reason: it’s a great book on spiritual clarity. The title says it well: Simply Spirit: A Personal Guide to Spiritual Clarity, One Insight at a Time. From intuition to spirituality to fear to love and sexuality, this spiritual bestseller covers it all.

Like the beloved spiritual bestsellers by Wayne Dyer, Deepak Chopra and even Dalai Lama, Simply Spirit offers universal spiritual truths. And yet, it reads completely fresh and different. Written in quotation form, this bestselling spiritual guide is described as a “treasure chest” full of wonderful surprises that make us ponder and reflect on our lives. While being stirring and thought-provoking, the book is also deeply comforting. It pushes and startles as it envelopes us with love and warm support.

In some ways, one can call it the Yoda of spiritual books. We get to read only one – ONE! – quote per page, but that’s all it takes to jolt us into deep contemplation. Reviewers have said that they cannot read more than one quote per day – the impact is that great.

In the introduction to this bestselling spiritual guide, the author, Joseph Eliezer, who is also a psychotherapist practising Intuition-Enhanced Psychotherapy, speaks about his experiences that precipitated the writing of Simply Spirit. A truly bizarre combination of events transpired and brought with them several months of non-stop AHAs that would interrupt Joseph’s life at the most inopportune times. For a person brought up in the Jewish religion to experience Christ-like dreams and visions of Mother Mary is beyond strange and extraordinary – it’s almost unbelievable. And yet, we believe the author because of his unequivocal sincerity. In Joseph’s own words, “You have no reason to believe me. The more you read this, the more far-fetched this may seem to you. I, on the other hand, have no reason to lie to you. I would not want to incur the Karma”.

Whatever troubles you right now, pick up the book, flip to a random page and see what message you get. Don’t rush to get to the next quote as you might miss the meaning of the one that is staring at you right now. That’s my favourite method of gleaning spiritual nuggets from this bestseller: ask a question, open Simply Spirit, read the quote and contemplate. Alternatively, strolling to a particular chapter that covers a subject that troubles you is a good way of finding answers to situations causing spiritual angst to which we are all prone.

Oh, and don’t forget that this bestselling personal guide to spiritual clarity makes a terrific gift! Whether you are looking to give to a teen, young adult or mature folk, Simply Spirit is a perfect solution to an age-old dilemma of smart gift-giving. Congratulate yourself on finding a true gem and pass it along. Your Karma will thank you.

Prague: My Long Journey Home is a different kind of Holocaust memoir, giving readers access to information via a unique personal story. Son of a mixed marriage, Ota Karel Heller was born in Czechoslovakia three years before the Nazi occupation of his country. Raised a Catholic, he was unaware of his Jewish roots, even after his father escaped and fifteen members of his family disappeared. He was denied the rights to attend school and to live with many of life’s necessities. Later in the war, before his Christian mother was taken away to a slave labor camp, she hid him on a farm in order to protect him from deportation to a death camp. All the while, he was told that the persecution stemmed from the fact that “your father is in the British army, fighting against the Germans.” This made his suffering a point of pride despite the fact that he faced danger every day. During the waning days of the war, he picked up a loaded revolver thrown away by the retreating occupiers and shot an escaping Nazi. He was elated and proud of the fact that, like his father, he had helped to defeat the hated Germans. He was nine years old.

Prague is, concurrently, a riveting adventure story, a moving recollection of a loving family nearly destroyed by the Nazis and a personal account of a long journey of persecution, of struggle and survival in first Nazi- and then Communist-controlled Czechoslovakia, of eventual escape from tyranny to America, and of the author’s return to a newly-free Czechoslovakia only to confront  the demons of the past which had been buried deep in the recesses of his soul.

It is the narrative of an assimilated American, who left the horrors of the past – and even his name – behind in the Old World to become a successful student, athlete, engineer, educator, entrepreneur, mentor, investor, husband, father, and grandfather in the U.S., only to find confusion and uncertainty following the death of his father and Czechoslovakia’s Velvet Revolution.

As he reconnects with his native country, he discovers, or perhaps remembers, that he had three Jewish grandparents, and thus – at least genetically — is more Jew than Christian. The memoir recounts his dealing with guilt for having denied the existence of his martyred family members. It concludes with two poignant moments – one in Prague and the other in Jerusalem – which help him make peace with his guilt and to come to the realization that it is spirituality, and not one’s religion – his or anyone else’s – that matters. In a rare moment of clarity, he knows that, going forward, he will no longer hide from his ethnicity and that he will take great pride in telling the true story of his family.

This year give a gift that will not only inspire friends and family, but will help support and spread the word about the hope, healing, and guidance we provide to so many deserving young women…

Years in the making, this newly released book features the stories of nine young women who suffered childhood abuse, neglect, and much, much worse. Some found themselves in gangs, others in prison. But Pathways to Independence offered them a way out, and they took it. Reading these women’s first-person accounts of their metamorphoses from victimhood to victory will elicit both tears of sorrow and tears of joy.

Butterfly Tears also details the story of Pathways founder Dave Bishop, relating the six key steps in his own life’s journey that led to his founding of this groundbreaking organization. 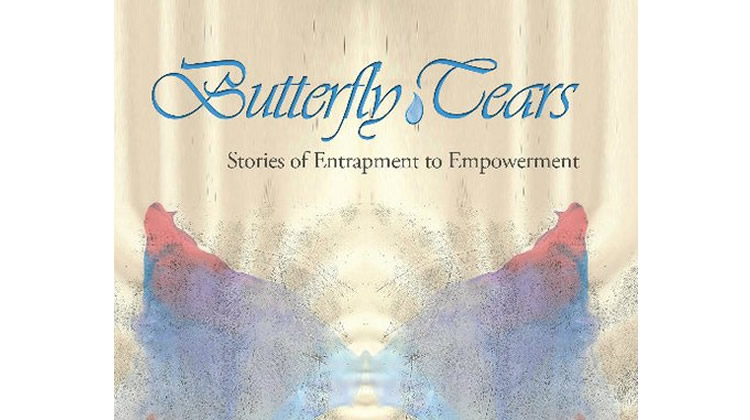 So many women’s lives are shattered before they even have a chance to begin girls who suffer childhood abuse, neglect, drug addiction, and despair.

Butterfly Tears reveals the gripping, intimate stories of nine brave women who found the strength
The butterfly symbology is derived from the famous parable The Story of the Butterfly about utilizing life s struggles to emerge a stronger person. These young women’s incredible journeys from darkness into light will elicit both tears of sorrow and tears of joy. to turn their dark, raging worlds around. Women who, against all odds, broke free of the destructive cycle of addiction and abuse to attain love, security, and successful lives. Women who have emerged as lawyers, teachers, and counselors who joyfully give back to society.

From Entrapment… Abuse. Assault. Abandonment. Addiction. These are the histories of these young women. Some found themselves in gangs. Others in prison. Some remained trapped in the confines of an abusive family or a painful addiction. Society had given up on many of them. But they hadn’t given up on themselves. They were ready to take a different path.

…to Empowerment Therapy. Mentorship. Education. Support. These are the bywords of the groundbreaking Pathways to Independence foundation located in Huntington Beach, California led by Dave Bishop, a man who first had to conquer his own internal demons. Pathways motto is to focus on what s right in the world: Caring people. Its all-volunteer network of therapists, doctors, mentors, and even mechanics provides the support these girls have never experienced and allows them to flourish.

These compelling gut-level transformations offer inspiration to anyone who has suffered life’s hardships to the breaking point and beyond. And they prove that there is a way out.