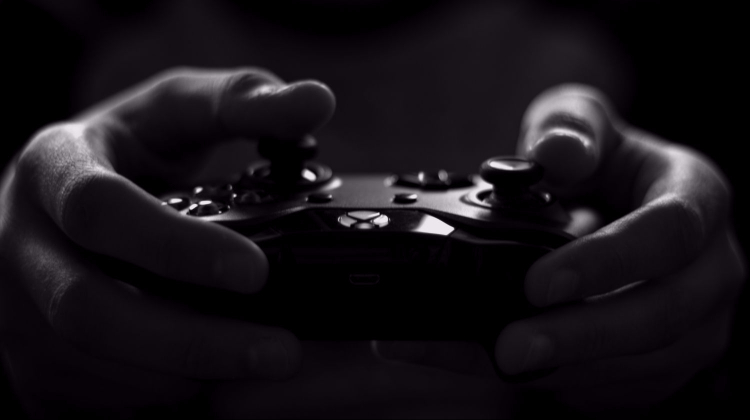 In the past several decades, professional gaming has gone from dark basements to downtown Las Vegas. Early March 2017 marked the opening of the city’s first esports arena: a location aptly named Millennial Esports – thE Arena.

What are esports exactly? It’s gaming, but not in the traditional Vegas sense; there are no slot machines, dealers, or decks of cards involved. Esports are multiplayer video games played by professional athletes — professional gaming athletes, that is. Just as live sports games attract spectators, so too do esports, and the audience watching the competition gets just as riled up as if they were watching real players battle it out for victory.

The new esports arena is located at the corner of Las Vegas Boulevard and Fremont Street, just a short distance from the Vegas Strip. Its main hall can fit 900 fanatical esports fans at once, with the arena itself able to hold 250 spectators. They’re watching the gamers who are playing one of 150 PC consoles — and not by hovering over their shoulders. The arena is equipped with huge projection screens and speakers, making it look more like a NASA control room than a gaming center. Just like the existing casinos on the strip, thE Arena is open 24 hours a day, 7 days a week.

To mark its March opening, thE Arena hosted an event of the Halo World Championship, where gamers competed for $50,000 in prize pool money. That’s a relatively small amount in the esports world. While it may not be traditional gaming and gambling, esports does have the potential to be big money for those who play.

The Current (and Next) Big Thing

Esports has been gaining popularity steadily over the past decade.

According to Newzoo’s 2017 insights report into the global esports market, there are currently 385 million people worldwide who are classified as either esports enthusiasts or observers. Compare that to just two years ago when 235 million people fell into the same category. This audience is expected to grow rapidly, and Newzoo forecasts 589 million people will be watching or playing esports by 2020. That’s half a billion people. With that huge a market, it’s hard for Vegas gaming centers and other venues to not take note.

Esports taps into the valuable millennial and Generation Z market (the post-millennial demographic group). Newzoo says half of esports enthusiasts are 21 to 35-year-old men, many of whom have fulltime jobs and a good income. Having grown up as digital natives, they’re looking to digital and online content and gaming as a way to spend their coming of age cash. thE Arena mentions millennials in its name for good reason.

Enter the big draw of the esports economy. Newzoo’s numbers predict that the market will be worth $696 million by the end of 2017, a jaw-dropping 41.3% year-on-year growth. That’s more than double what the esports economy was worth in 2015.

One of the reasons esports is so successful is that it can get buy-ins from several established industries at once. Whether that’s Nike or Under Armour looking to get their name on sports jerseys, a traditional sports team trying to digitize their franchise, or a band trying to get their music included in a gaming soundtrack, esports’ huge audience means conventional industries are looking for a slice of the pie. Even medical professionals are getting involved, with physical therapists heading to esports competitions to help gamers incorporate healthy habits into their play.

With industries everywhere grappling to see how they can be involved in the esports market, it’s no surprise that Vegas wants to join in on the action.

Here’s why esports could be the next big thing for Vegas: as found by those Newzoo numbers, esports attracts a different demographic than traditional gambling.

While a 2013 survey done by the American Gaming Association found that 39% of casino visitors in the U.S. were millennials, it also found those people were more interested in the entertainment offered by casinos, rather than the gaming and gambling. In fact, less than half of that 39% had a desire to take part in casino games during their venue visits.

If that trend continues, Vegas casinos could have a problem on their hands.

With a nod at sports and competition, as well as the inclusion of the online element, esports is perfectly positioned to be the activity that makes millennials visit and spend their money in Vegas.

The First, But Not the Last

While thE Arena is in downtown Las Vegas, the Strip will soon be getting its very own esports venue. Esports Arena Las Vegas is currently under construction in the Luxor Hotel and Casino. It will convert a 30,000 square-foot nightclub into a state-of-the-art, multi-level competition space. The arena is being opened by Allied Esports, one of the world’s leading networks of esports venues. That company already has centers around North America, Europe, and China, and plans to make the Vegas Strip arena its flagship location.

A sub-culture of esports, e-racing, is also picking up speed in Vegas. As part of this year’s Consumer Electronics Show (CES) in Vegas, a Visa Vegas e-race was held. That event saw professional Formula E race drivers pit their skills against those of professional e-race gamers, with $1 million in prize money on the line. The e-race was actually won by a gamer, and not by a professional racer. This successful event was just another example of the marriage between sport and electronics, and this one-off competition shows that other esports events could soon be making their way to Vegas.

With events like the Visa Vegas e-race and the opening and announcement of two giant arenas, if Las Vegas wasn’t a destination for esports enthusiasts already, it certainly will be now.

With over 20 years of experience, Randy Char is one of Las Vegas’ top-producing brokers. In 2013 his team surpassed records in the community and closed a landmark total of $100 million in sales. He is focused on delivering a highly personal, expert team-delivered experience for clients in the high end market.