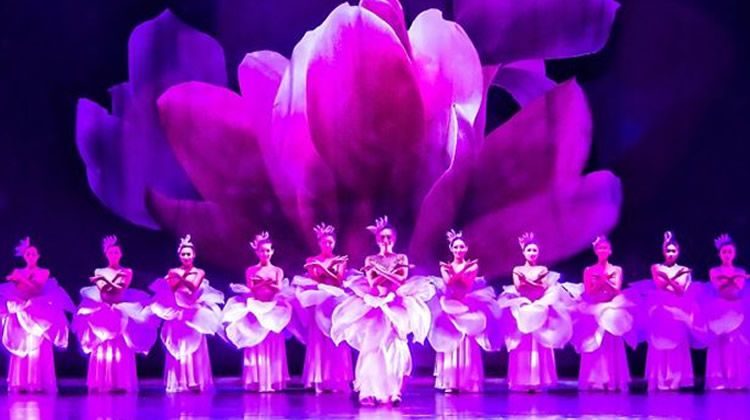 A performance with some four dozen members of the talented Dalian Acrobatic Troupe hailing from China, YULAN is a fresh and modern ballet, directed and produced by Dennis Nahat. YULAN combines influences and talent from China, California, Tokyo, and Europe into a cohesion of ideas and inspiration, an amalgamation of creativity and inspiration.

Recoiling from an unfortunate set of circumstances and setbacks, artistic director Dennis Nahat has shrugged off challenges and poured himself into this new work.

YULAN is a modern ballet that conjures anything but traditional conceptions of ballet or China – performers disregard the laws of physics and their anatomies, and conventional Chinese stories of war and the dramas of men. YULAN is a refreshing mixture of ballet, contemporary dance and art, classical circus, and modern ideas and thought.

YULAN utilizes the arts of dance, acrobatics, theatrical poetry, and music to convey a message of global harmony and unity, environmentalism, responsibility, and the realities of our modern world. The creators sought, however, no overt political statements or messages. “Rather, it is meant to remind us of the fragility of our planet and the beauty we possess on earth,” Nahat explains. “The yulan is the magnolia…how long does it take to create something that beautiful and that desirable? It takes millions and millions of years to get to that point of beauty.”

The ballet is the marriage of passion and skill across the board: stunning costumes merge with science-fiction-inspired stage designs and innovative lighting. These dovetail with the performers’ enthusiasm for entertainment and for the concepts and ideas of YULAN, with Nahat’s respectable experience with choreography, production, and direction, with Paul Chihara’s score, with the variety of ideas and influences each member of the production poured into the production. The result is YULAN, a creation driven and designed by each part of the team for the audience.

YULAN is the first of two trans-Pacific collaborations from Nahat’s new production ventures, Theatre Ventures International and the United Star Performing Arts Corporations; on the heels of YULAN is The Terracotta Prince, a work taking inspiration from The Nutcracker to merge this western classic with Chinese ideas.